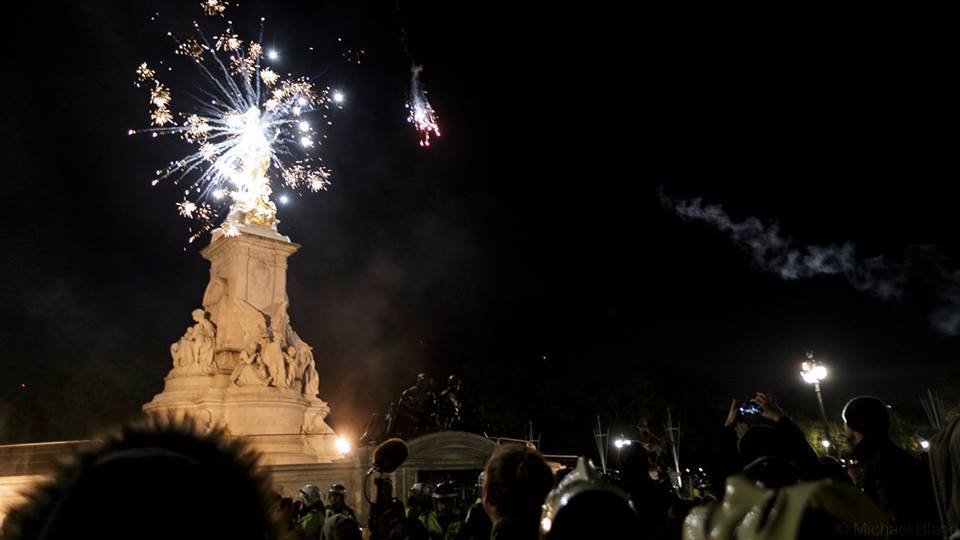 What I hate about anon is also what I love about them Crossposted from Accidental Anarchist.

What scares the establishment most is a group of people with no particular ideology and lots of anger and a belief that they can change the world. Welcome to the world of anon.

As individuals I take issue with anon their half baked ideas and conspiracies theories, their ego’s and their crass and insulting methods of communication, the list could be endless as we look at them as individuals and all their shortfalls. But this is what makes it so difficult for the authorities, there is only one thread that is consistent in this group and that is their catch phrases, their logo and the fact that every Nov 5th from here on in there will be world wide gatherings of angry people and they have no leaders.

To be honest I think my biggest single issue with anon is whom they target. All that energy and power that is wasted on the most inane targets sometimes individuals, sometimes governments, sometime each other and this is where lies the contradiction it is this very reason that I love anon. There is no format there is no process there is no rhyme nor reason to a lot of what they do and because of this they scare the establishment.

Anons do not originate from one particular social group they originate from the internet where nobody can see what car you drive or know what job you do. You can be 12 you can be 40, you can be a hacker or just a member of one of the thousands of on line anon groups. On a daily bases all these people are individuals sat in front of their computer but once a year they all come together in the flesh and nobody knows what the fuck they are going to do. No plans other that the obvious march on Downing Street a little deviation to go shout at the Queen “Who’s Queen Our Queen? ” ( Not mine actually they all need lining up and shooting) and the rest will be chaos and the police can not plan for chaos.

So how do the police prepare for this group of people with no particular target, no cohesive plan and no end goal, they go into lock down. This alone just says to me how scared they are of this group. The only other group of people that cause such a reaction is the world wide Occupy movement.

Appeals sent out to the “organisers” by police were desperate and pleading not the best approach I feel as there is nothing organised at all about Nov 5th other than it is happening. These appeals further made them a laughing stock, prompting ridicule and satirical email responses from all round the world to the Met.

So in a playground kind of emotionally immature way. Your not doing what I want so this is how I am going to respond. The police came out in full, puffing up their chests and twitching for a fight. They went over the top barricading off that lovely piece of grass which has been highlight in the recent Battle of the Tarpaulin by Occupy Democracy. They themselves responded to the fear of the unknown in a truly thuggish manner. The layout of the barricades and the policing tactics made this a public safety issue with pinch points and no room for movements as more and more people arrived. Their appearance in full riot from the offset and a Sargent foaming out of his mouth as adrenaline rushed through his veins did nothing than create an air of menace.

Imagine if as we see celebrations in other European countries they had just left this Nov 5th celebration to it’s own devices. People would have turned up met people they only knew from alt accounts, they would have hugged and laughed and pointed other anons out to each other and a night of introductions would have continued, a few fireworks would have been fired and a mini rave may have taken place. Just because you can’t control them doesn’t mean you have to batter them. I am not saying that there won’t be incidents that occur but this is their time and if they want to dance on parliament and swing from the lamp posts and create photo ops by the thousand why not? what you scared of ?

The police were set up to deal with the mob all those years ago and this is still the same the police are protecting the capitalist system against the mob.

So my love hate relationship for anons continues. For those politically engaged that slag them off for anons lack of politics Lighten up we need them they are our allies. Diversity of tactics and all that.

P.S I hear Vivian Westwood was there.

Veterans for Peace, Remembrance Sunday 2014. → ← Call Out for Evidence – #occupydemocracy