The Systematic Destruction of our Public Services

The mainstream media have so far been paying scant attention to a strike in the NHS which has been going on for 7 weeks now, making it one of the longest NHS strikes ever*. However this strike is at the centre of the ideological battle around the policy of privatisating NHS functions, and the dreadful effect it is having on both NHS staff and patients.

In a nutshell, last September Doncaster took the decision to privatise the facility that provides in-home care for people with severe learning difficulties. (This follows a nationwide trend which has seen the private-sector provision of in-home NHS care rise from 5% in 1993 to 89% today).  The contract went to Care UK (whose ex-chairman is now, surprise surprise, a government minister). Existing staff were transfered from the NHS to Care UK, and the first thing that happened was wages were slashed by up to 35%, while at the same time new staff were taken on at the miserly rate of £7/hour. Hourly rates for when staff work weekends, bank holidays and nights were also reduced. 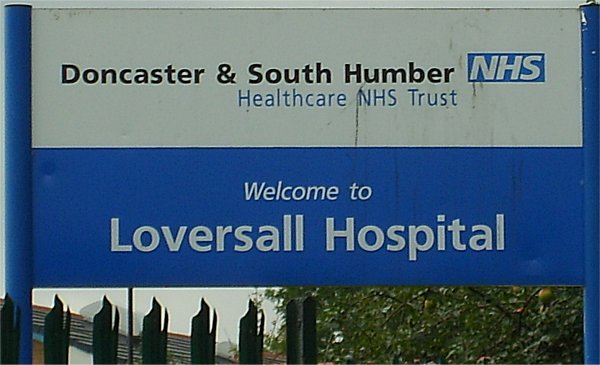 The systematic privatisation of the NHS is a goldmine for all the private companies winning the contracts. Picture © Gregory Deryckère

Staff are of course appalled at the way they’ve been treated, and it also remains to be seen how long it is before service standards start to drop or the price of the contract increases, as Care UK tries to squeeze as much profit for themselves as they can. What makes the whole thing even more galling though is that Care UK is not even a public company whose profits will at least go back to UK shareholders – they are owned by  Bridgepoint Capital, which is a private equity outfit which uses the tax havens of Luxembourg and the Channel Islands to avoid paying tax. In fact since being taken over by Bridgepoint in 2010, Care UK hasn’t paid any UK corporation tax at all, so the tax payer is getting fleeced every which way by this contract. (On being questioned, a spokesman for Bridgepoint came out with the usual garbage about ‘paying all UK tax that is due’ which roughly translates as – ‘our lawyers have found some loopholes in the law, which means we can quite legally get away without paying any tax, and because we’ve technically broken no rules,  there’s nothing you or anyone else can do about it, so shut up and p**s off’. You can also be quite sure that said loopholes could easily be closed by the government if they wanted to, but companies like Bridgepoint make donations to the main political parties to ensure those loopholes are never closed).

The trend with privatisations is clear enough for all to see. Private companies drive out the existing service providers with contracts which, on the surface, appear to offer big savings. Initially the companies make their profits by cutting back on pay and conditions for existing staff, which is in itself bad enough, but once they’ve done all they can in that area, they then start to cut back on the quality of service they provide to the public, and finally, they go back to the government and say that due to increased costs and other ‘unforeseen circumstances’ they need more money. After a few years, initial savings have transformed into poorer service for increased cost – all so that company owners can make more profit, paid for by the general public.  (This situation is already clearly apparent in the privatised energy market, where after initial savings we are now in the situation where prices only ever go up, and the hardship this is causing to ordinary people is leading to increasing demands for a price freeze.)

We desperately need to get away from this idea that privatisation is the answer to everything, as time has revealed that competition and increased efficiency always get overtaken by corporate greed, with the only winners being company bosses and the losers always being ordinary people.