With the demise of Ed Milliband after Labour’s election defeat, the race is now well underway to find a successor. Initially this seemed as if it would follow the predictable path, with various pro-business Blairite-type candidates fighting it out between them, while a token ‘Old Labour’ Socialist-type candidate kept the Left of the party happy but would inevitably come last. However things do not seem to be turning out that way. 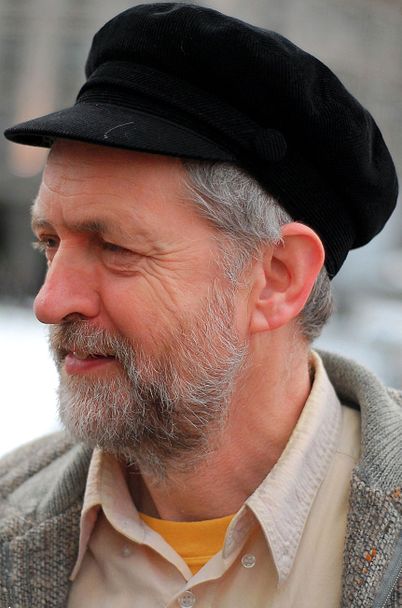 That old warhorse of the Left, Jeremy Corbyn, while barely scraping past the nomination stage, has since gone from strength to strength and is now, according to some polls, in the lead. This has led to all sorts of handwringing from ‘New Labour’, bemoaning the fact that any return to traditional Labour values will alienate the electorate and make the party unelectable; while at the same time many grass-roots Labour supporters are ecstatic that finally there’s a chance that Labour will abandon its policy of mimicing the Tories, and will at last go back to standing up for the rights of ordinary working people.

So which side is correct? Well, unfortunately, in this hugely unequal society in which we live, to an extent they both are. Since the end of the Second World War, seventy years of unrestrained Capitalism has led to a society with as much inequality as in the late Victorian era. In such circumstances those who do well out of the current system (which inevitably includes most of the 11m people who voted Tory in the recent election) are probably recoiling in horror at the thought of any candidate who threatens any of their wealth, or doesn’t think that the word Socialism is an insult best consigned to the dustbin of history. At the same time, the 500,000 people forced to use foodbanks, the 1.8 million unemployed, the 13 million people living in poverty, and anyone else who has any sort of conscience or compassion for their fellow human beings whatsoever, are probably desperate for someone to espouse an economic narrative which rejects endless Austerity, puts people before business, and wants to build public services rather than destroy them.

We also now seem to be living in a time where most people vote purely out of self interest, and for what benefits them, rather than what is good for society as a whole – and it is that which decides elections. As our ridiculous first-past-the-post constituency system means that a party only needs to get 36% of the vote to get a majority in parliament, it means that if a party can keep just over a third of the electorate happy, it makes no difference how poverty-stricken, miserable and deprived the rest of the population become – they can all go hang as their votes won’t be enough to make any difference. This is what the Tories relied on during the last election, and sadly it worked.

So where does this leave Labour? Well the Blairite New Labour policy was, and is, all about stealing Tory votes, and came as a response to the crushing defeats inflicted on Labour during the Thatcher era. At the time it was probably the only thing they could do – however that was before the financial crash and policies of Austerity. Now there are millions of people bearing the terrible brunt of the current economic system, meaning that it’s perfectly possible for Labour to get elected on a platform, not of trying to appeal to Tory sympathisers, but of rejecting the current Free-Market, pro-business orthodoxy completely, and instead appealing to the masses of ordinary people left behind by the current system. However that does’t have to mean going back to old-fashioned Socialism (in this respect the Blairites are probably right, and it would make the party unelectable) but instead taking a path, that while demonstrating economic competence, and recognising that private enterprise certainly has its place in modern society, at the same time removes the profit motive from essential public services, and ensures that private enterprise, where it does exist, is controlled and properly regulated for the common good. In short, policies that ensure that the benefits of our capitalist system are felt by all members of society, not just a wealthy elite. Any candidate that is able to get that message across may indeed be able to get enough ordinary people behind them to win an election and form a government, and so put society in a far better place than it is now. Jeremy Corbyn may well be that man.

ALL OUT FOR SWEETS WAY! → ← OCCUPY DEMOCRACY CHARGES DISMISSED IN COURT