The Injustice of Free Market Capitalism

This year there has been a flurry of excitement with the release of the book Capital in the Twenty-First Century, written by the French economist Thomas Piketty . In it Piketty explains how the inevitable result of Free Market Capitalism is ever-greater levels of inequality in society – and after a couple of centuries the only reason levels of inequality are not higher now than one might expect, is because two world wars effectively hit the ‘reset’ button on our economic system. However, nearly 70 years after the end of World War II, levels of inequality are now approaching the levels they were prior to the outbreak of World War I.

Piketty provides plenty of statistical evidence to support his claim – however we only need to look around us to see everything he predicts happening before our very eyes.  So what have we got? The government is currently claiming that the economy is on the up (annual GDP growth of 3.1%), the job market is vibrant (unemployment down to just under 2.2m),  the number of people in poverty is falling, and the booming property market is adding to the (theoretical) wealth of millions of homeowners. Everything is therefore great – except of course it’s not.

Deepening inequality is not incompatible with a booming economy, it just means the wealth is being ever-more concentrated in the hands of the privileged. The economy growing? Well if the wealthy get wealthier faster than the poor get poorer then of course overall wealth is going up. Job market vibrant? Well 2.2m still don’t have a job, and with 1.4 million people now on zero-hours contracts one has to seriously question the validity of those statistics anyway. Number of people in poverty falling? Well the poverty rate is still near 20% (over 12 million people) and new Food Banks are still opening every week to feed  a need which is growing not diminishing. Booming property market? Yes, great if you’re a home-owner, awful if you’re a renter who is seeing increased property prices once again feeding through into higher rents. 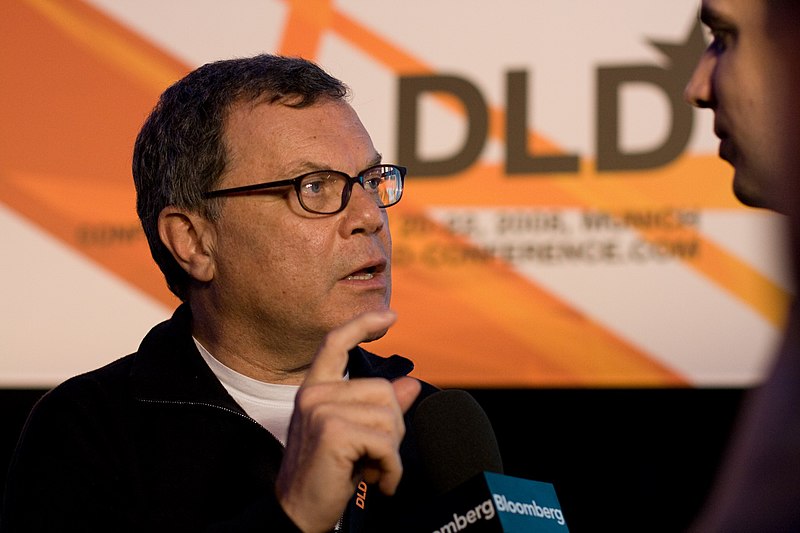 Martin Sorrell – one wonders how he can justify paying himself a salary of £30m/year. Picture © Eirik Solheim

We’re a country of two halves, and nowhere is this more apparent than in some of the news items this week. Firstly Freshfields, the law firm, has announced that  last year its partners earned an average salary of an extraordinary £1.5 million each. Even more extraordinary, WPP, the advertising agency, has just announced that its boss, Martin Sorrell, has been given a pay-rise – and he now takes home (I can’t bring myself to say ‘earns’) £30 MILLION per year! And then last week the yacht manufacturing industry gleefully announced that at the luxury end of the market business is once again booming, with a record number of super-yachts on order (presumably as all those ridiculously rich people like Martin Sorrell and the Freshfields lawyers have to decide what to do with all their money.)

However at the same time as all this is going on, the government has confirmed that there will be no above-inflation pay-rises for public sector workers for the next four years, citing the perilous state of government finances. Coming after several years of pay-freezes, this means that many key workers (eg firefighters, teachers, care-workers etc) have seen a sustained fall in leaving standards since the recession, and are now, on average, £2,245/yr worse off than when the coalition came to power. As a result of this the TUC has called a one-day strike* – and the response of the coalition, rather than address the issues being raised, has been to condemn the strike and confirm further planned tightening of anti-union legislation.

Anyone with any sort of moral compass whatsoever has to seriously question a system that allows some people to earn many millions of pounds per year, while vast swathes of the population are in poverty and visiting foodbanks. You also have to question what sort of a society it is that justifies inflicting austerity on nurses and teachers, while heaping ever-greater rewards on bankers, lawyers and advertising executives. However as long as we have a system of government where lobbying and party funding mean the levers of power are controlled by those with money, I guess little will change.