TAU TAU where art thou TAU by Tammy. 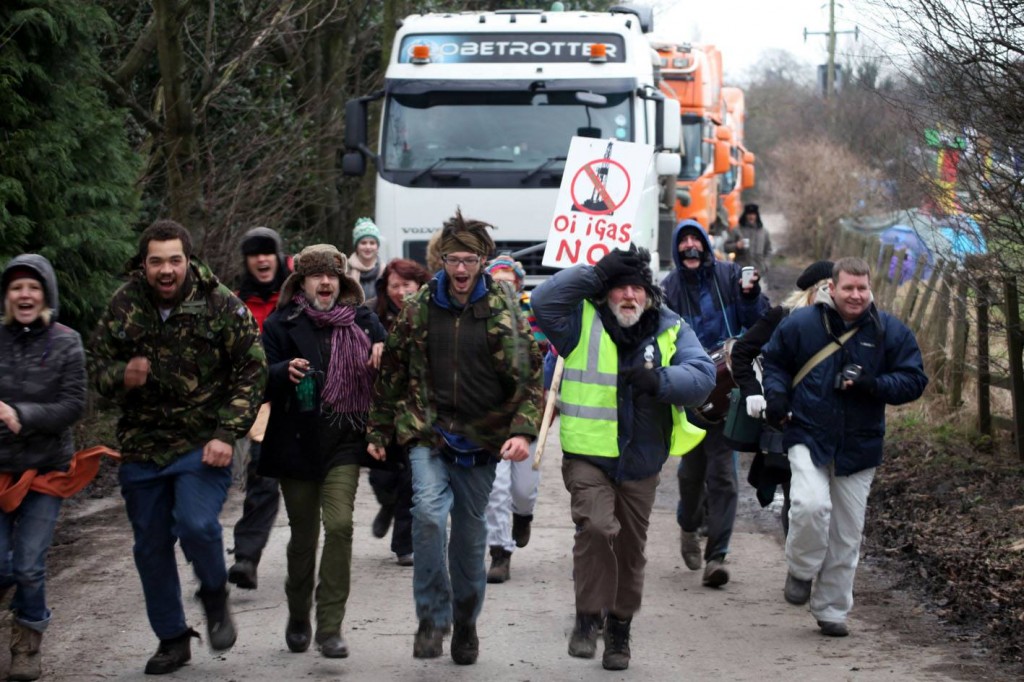 Today the lorries arrived and so did the police. However the police remained in their vans at each end of Barton moss road . We blockaded the lorries peacefully and slowly walked in front of them up to the site. Not a single police officer came anywhere near. We got to the gates of igas and the lorries entered. Our protest was peaceful and passed smoothly with no facilitation from the Greater Manchester police. This makes a mockery of all they have said about needing to facilitate peaceful protest. After all why would today be any different? David Cameron’s was due to speak on the radio with Tina this afternoon.perhaps they were hoping that we may jump on the lorries or behave badly without the police?and then David Cameron could talk about that this afternoon and perhaps use that to say we need the police on the moss. However it didn’t happen and David Cameron pulled out of his radio slot. Clearly the police are not and never were needed ,nor was there brutality.

Low Hazardous Truck. Held together by screw driver, diesel tank covered by a rubber glove. This is to stop diesel from spilling… unsuccessfully.

Reporting faults to the Police.

Open Letter to Met Police Liaison Team, by Rebecca → ← I’d rather be a hobbit than an orc, by Hazel