Its getting interesting down on Preston New Road in Blackpool. 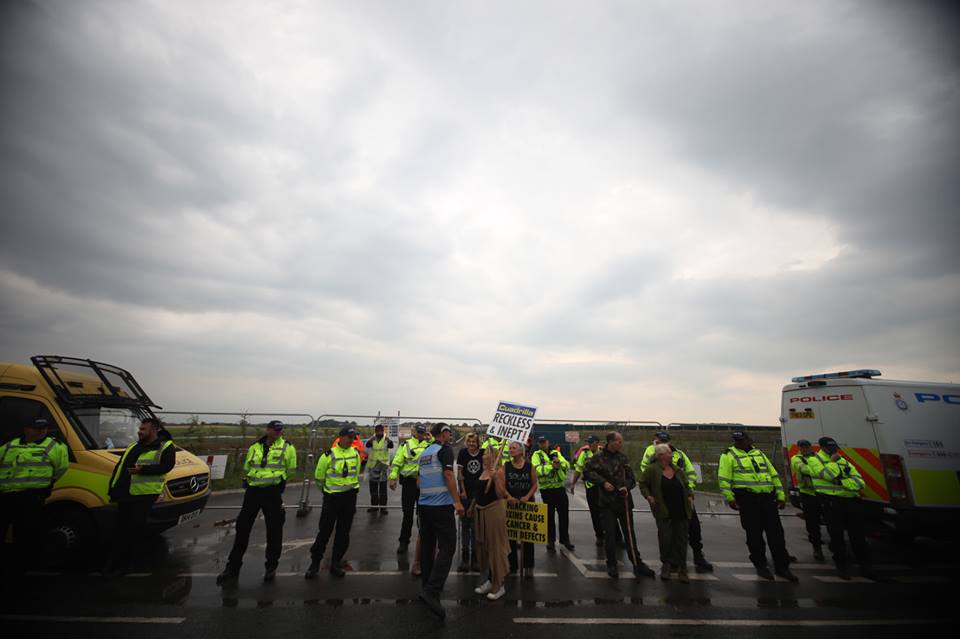 Its getting interesting down on Preston New Road in Blackpool. Seems that there is a metaphorical or maybe even an actual tear in reality as state sanctioned violence and consumerism meets peaceful protectors. The fossil fuel industries have sold and consumed most of our hard earned currency, for well over 100 years. So the corporations have built a billion pound infrastructure to keep us consuming in fossil fuel debt and servitude.

The people said NO, we won in court when planning permission was not granted to frack. but the government overturned it and left the police to sort out their greedy undemocratic forced agenda. It frustrates me at times that the masses do not see how we are dominated by a corrupted government and believe there is nothing they can do about it.
Well the truth is we can change this reality by literally taking back our power to borrow what the earth has given us, ethically with renewables and the use of new technologies.

It is interesting to see the r-evolution at PNR close up, I sometimes capture it in my photos. But to be honest and if you get it, seems as if reality is changing. The more we resist consuming the more reality is returning to sight. Please join us in stopping the fracking agenda, its time to create a better future. Thanks…

A Voice for Leith Hill → ← Orchestral Maneuvers at PNR